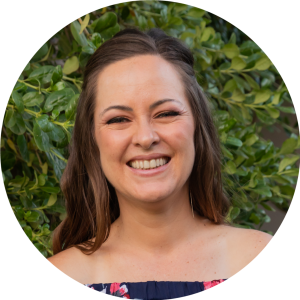 ‘Rona has completely derailed the Absa Cape Epic for 2 years running now, but in the spirit of trying to keep some semblance of normality, celebrations, other than those on the finish line, are still to be had.

22 March – A day that has always brought the promise of speckled eggs, balloons and birthday cake to the long, hot and dusty week of the Absa Cape Epic. The birthday of not only a living legend but also a dear friend of mine, Annika Langvad.

But let’s go back to the beginning.

I first met Annika at the 2013 Cape Pioneer Trek in Oudtshoorn. I had just returned from visiting Jaco in Italy as he was supposed to race in the Road World Championships in Florence, but a crash, a broken elbow and a fancy new bionic sling put an end to those plans.

Ariane Luthi (then Kleinhans on Team RE:CM) had invited a twice former Marathon World Champion to partner up for the Cape Pioneer Trek. We were preparing for the worst, a former World Champion coming to camp out on school fields in a 1 (wo)man tent, plastic toilets, in the middle of the Karoo, it was bound to be an interesting week for all of us.

In walks Annika, a quiet small blonde, unassuming, humble and reserved. She was fresh from having just finished 6th in the Women’s ITT at the Time Trial World Champs in Florence. I was an immediate fan.

The Cape Pioneer Trek was the beginning of Annika’s winning streak on the African continent, a streak that would see her undefeated. She. Won. Every. Single. Event. She. Started.

Fast forward a couple of months, Annika arrives back in town, ready to take on her first Cape Epic, the start of a love affair with the toughest mountain bike race in the world, which would firmly establish her GOAT status in the SA MTB community.

Over her Cape Epic career, Annika has equalled the record of five Absa Cape Epic wins of Christoph Sauser and Karl Platt, in just 5 attempts. That’s 5 overall wins, with 31 stage wins out of 40 stage starts. How’s that for domination?

Annika shares three victories with Ariane Luthi, the SA stage race veteran; one with the then Cape Epic Newbie Kate Courtney, and one with roadie but almost-converted MTB’er Anna van der Breggen.

I have been fortunate to bear witness to the depths these women have had to reach, to not only finish each stage but come back day-after-day. Mechanicals, stomach bugs and saddle sores, nothing could stop them – it was nothing short of heroic.

Over those five victories, we had our fair share of scandals. I don’t consider a Cape Epic complete until I’ve been called in for a 1-on-1 meeting with the Race Director and Chief Commissaire to discuss a possible infringement or accusation.

Some of the highlights from the Women’s race showreel…

There was ‘Wrapper-gate’. If you’ve done a MTB event, you know that littering is a hot topic, but mistakes do happen. This specific instance was when an empty bar wrapper (already stashed away for later disposal) was unintentionally dislodged when trying to pull a gel out of a pocket. One of our competitors was far too keen to point this out and we were slammed with a 1 hour time penalty. I’ve seen many a temper tantrum being thrown when things don’t go an athletes way, but instead of letting the frustration get the better of her, Annika put the experience ‘in her pocket’ and soldiered on, we clawed back that hour and won the overall anyway.

Then there was ‘Wrong-turn-gate’. Having finished at Oak Valley the previous stage, we unintentionally followed the same route into the next stage finish at the same race village, which happened to be shorter. Rules are rules, another hour penalty, another dramatic bid to regain top spot, which we did.

And ‘Outside-assistance-gate’. Outside assistance from another team that is racing in a different category either physical assistance, spare or sitting slip is prohibited at the Cape Epic. Annika has grown to be meticulous about the rules over the years, so any accusation of sitting on the wheels of the A batch men brings out a fury in her belly. One year in particular, stage after stage, an unnamed Brazilian A batch team would refuse to move out the way when the Women’s field came through. Annika resorted to shouting out the names of the riders, like a school teacher scolding a naughty child. I don’t know what was worse, the shame of being singled out by the reigning Women’s Champion or living with the humiliation of being chick’ed day after day.

Another funny story… After the Epic win with Anna in 2019, we were having a team celebratory dinner in Stellenbosch. Another Stellenbosch ‘local’ joined us and was unashamedly having a fan-girl moment sitting with Annika and Anna. This other fan-girl being Commonwealth Games gold-medalist, and World Triathlon Champion, Flora Duffy.

The cumulative rainbow bands between these three awe-inspiring women was enough to  turn the men in the restaurant into prancing peacocks. No names mentioned, but I might be persuaded with the right bottle of wine.

Apart from all the Epic wins and dramas, I’ve been there for Annika’s World Cup wins and three of her World Championship titles to name but a few. From the Olympic Games in Rio to setting a record win at the Leadville 100, we’ve travelled to every continent except Asia, which is scandalous as we both LOVE Asian food. Maybe one day.

It was an incredible journey to share the blood, sweat, tears, and the podium champagne over the years.

They say you should never meet your heroes, but I’m telling you that Annika is definitely one of them that you should meet.

Cheers, Annika, have a lekker birthday from all your fans in South Africa!

Images: Michal Cerveny and yours truly.