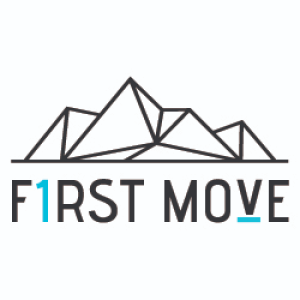 Jaco Venter has set his sights firmly on converting his recent winning streak on the road to off-road as he prepares to mount a challenge for the SA Marathon Championship title on Saturday.

“I’m excited to race my first XCM Nationals. Overall, my preparation has been good, and I’ve felt good on the road bike the last few weeks, and that condition is there; I hope it translates to the MTB. Matthew [Keyser] and I have done a few route recce’s, so I’m mentally prepared for what’s coming on Saturday.” the former South African National Road Race Champion and World Tour rider commented.

Venter showed his class and return to form by winning the recent 2021 Western Province Road Race Championships in Laingsburg on Sunday, 25 April, five months after shattering his right elbow in training.

The WP Provincial Championships took place on an out and back course of 119km featuring 1,525m of ascent. With only one backup rider, Matthew Keyser, Venter decisively took control of the race from the first climb into the Towerkop Nature Reserve valley and launched his final assault up the final climb with 20km to go. Venter claimed victory, with teammate Keyser showing grit and impressive talent to take the sprint for second place against Louis Visser, a former Team Dimension Data Continental team rider.

This victory follows on the heels of a win at the WP league race two weeks earlier and 13th overall at the SA National Championships in March.

Jaco Venter solo with 20km to go at the 2021 Western Province Provincial Championships.

While Venter still feels the effects of the crash and has some rehabilitation to go, his current form is remarkable considering the extent of his injuries.

Dr Karl Strauss, an orthopaedic surgeon at Mediclinic Stellenbosch, says Venter sustained a high-energy injury; there were many fragments of bone, and the break involved the elbow joint. “He also sustained a complete rupture of the triceps muscle, which is in itself a severe injury. The fact that these two things occurred concomitantly made his injury atypical and very severe.”

These injuries are rare, and specialised equipment had to be flown in from Johannesburg for Venter’s surgery. “Much like rebuilding a puzzle, there’s only one correct solution. The plates and screws used to reconstruct an elbow fracture of this nature are specialised and not available everywhere.”

Venter hopes to bring his road form across to this coming weekends SA National Marathon Championships in Paarl. Venter, well suited to the marathon discipline of mountain-biking, is confident in the lead up to the event, having recce’d the route several times in preparation. Event organisers have promised a technical but fun course, covering 87km and 2,100m ascent for both the Elite Men and Women’s categories.

“The course has a little bit of everything; a lot of climbing with steep, loose, hardpack surfaces which make it quite slippery, even in the dry. A few technical sections make for a tricky start with a steep climb at 7km, so it will be important to start well and pace yourself until the finish; it’s going to be a long and hard 87km’s,” said Venter.

Follow First Move Sport on Instagram for live race updates from the 2021 SA XCM National Championships on Saturday, 1st May, from 7am.